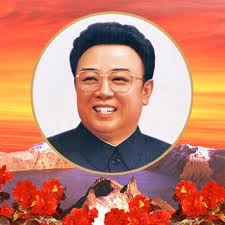 In my recycled posts about aliens in the Bible, I poke fun at some popular Christian authors who argue that UFOs are real, aliens are really demons in disguise, and therefore suggest that the Bible tells us we will be deceived by these demon-aliens. Often UFO and alien abduction enthusiasts read alien visitation into ancient texts, ancient artifacts, and structures. Who really built the pyramids? Why are gods from the heavens?

Related Posts: How Little Grey Men Got Into My Bible, A Quick Google Search for the Truth, Mind the Gap I

In my teenage years, I was one of these enthusiasts. How could I not be? Who wouldn’t want to have E.T. for a friend? How can one not look up at the sky at night and wonder if there is life on other planets? One of my neighbors gave me Erich von Daniken’s Chariots of the Gods which was still popular at the time. It was either in this book or another like it that the author “argued” that Ezekiel’s “wheels within wheels” vision was an encounter with an alien spacecraft. (It is a vision of God’s mobile throne. God was not stuck in the Promised Land. YHWH was with His people in exile.)

One of those difficult passages in Scripture that often gets associated with the syncretistic demon-alien theory, is the reference in Genesis to the “sons of god” and their offspring “the Nephilim.” So, if these are not demon-aliens as Chuck Missler and A&E would have us believe, then what is going on in this passage?

There are good reasons for both of these interpretations.

Sons of God as Angels:

As I noted above there are other biblical passages in which the phrase “sons of god” refers to God’s heavenly court and thus as a reference to angelic beings.

Thematically, this interpretation also fits into significant biblical themes. Especially, in these first eleven chapters of Genesis there is the theme of crossing the God ordained boundary between heaven and earth. The first man and woman are tempted to become like God knowing good and evil. The people of Babel seek to construct a tower that reaches to the heavens.

So, these interpreters see another breach of boundaries this time from the heavenly realm to the earthly realm. The angelic beings engage in some kind of sexual intercourse with the human women (daughters of men) and produce a sort of hybrid offspring the Nephilim that are wiped out in the flood. (Or are they?) <insert mysterious sci-fi music here>

Of course, depending on the interpreter this encounter may or may not be understood as having actually happened in history. Some understand this story as akin and maybe deliberately echoing stories about gods sleeping with women such as you find in Greek Mythology.

Sons of God as Tyrant Kings:

While the above interpretation sees the “sons of god” as angelic beings, another prominent interpretation is that the “sons of god” are human. It is attested that kings and rulers in the Ancient Near East and beyond viewed themselves as divinely appointed and took the title “son of god”. Indeed, in the Exodus, Moses is instructed to tell Pharaoh that Israel is God’s firstborn son. Davidic kings also acquired this title. It is likely that when Jesus’s used this title his contemporaries would be thinking in terms of Davidic Kingship.

In this interpretation, the sin that precedes the flood is the rise and general acceptance of a life of tyranny and domination. The Nephilim “the fallen” are the violent and powerful offspring of tyrant kings. The tyrant kings as men with power and fame (mighty men and men of renown) tend to do take whatever women they please.

That these high and “mighty ones” are referred to as “the fallen” may already be a hint of the irony of their worldly status vis a vis God’s throne room perspective.

Again, this interpretation resonates with other biblical themes including those in the immediate context of Genesis. The temptation narrative can be read as human beings grasping at and usurping God’s authority which results in breakdown of the relationship between men and women. Cain builds the first city. His descendants represented by Lamech kill men and take multiple wives. Even the Tower of Babel suggests the kind of labor that Pharaoh will use to build his cities and Solomon will use to build the temple.

Beyond Genesis 11, Abraham and Isaac both encounter rulers whom they fear will take their wives. The theme of what it means to be a good ruler runs throughout the Bible from Genesis to Revelation. Jesus, after all, comes with the good news of the Kingdom of God. Moreover, he claims his kingdom is not of this world. He will not be a “king like the kings of the nations.”

Sons of God as Demonic Kings:

Although my emphasis is on the humanity of the “sons of god” and on their being tyrant kings, I think the phrasing “sons of god” especially when juxtaposed with “daughters of men” begs to be interpreted in line with the theme of breaching the heavenly realm. Yet, I see these figures as demonic kings who abuse their power and authority.

Why demonic? In the Ancient Near East, a king would be anointed with oil. The oil symbolized the spirit of the god. In this act, the ruler was believed to be adopted by the god and the spirit of the god indwelled the king giving him authority and wisdom to rule. Are you hearing any resonance with Biblical concepts here and the role of the Spirit? I hope you are.

If the kings of the ancient world were believed to be indwelled by pagan deities, then, from the perspective of monotheistic Israel, these rulers are possessed by unclean spirits or demons. In my opinion, seeing the “sons of the gods” as demonic tyrant kings draws on the best of both the above interpretations and resonates nicely with significant themes and images throughout the Christian Scriptures.

Sorry, there are no aliens in the Bible but there are still chariots, gods, angels and demons. So, that’s a plus.

To this day, there are still tyrant kings who claim to be of divine origins, abuse their power, and take whatever women they want. I would also characterize these tyrants as demonic. Wouldn’t you?

See Bruce Waltke’s Genesis: A Commentary to find references for these two and other interpretations of Genesis 6.

William Dumbrell’s The Search for Order and Willem VanGemeren’s The Progress of Redemption are great books to begin reading Biblical Theology and connecting the key themes in Scripture.