The History of Two Hermeneutical Errors:

The claim of Ken Ham and AiG that most of the Church Fathers taught a version of YEC similar to the teachings of Answers in Genesis motivated me to write this series of posts. Yet, responding to this patently false assertion by the folks at AiG was never the sole motivation. I have long had an interest in theology, science, and the history of ideas. An interest that pre-dates my own conversion to Christianity. While I am doubtful that I could ever write as enduring a spiritual autobiography as those provided by Augustine, G.K. Chesterton, or John Henry Newman, I resonate with the life filled with questions the telos of which was and remains Christianity or Orthodoxy.

Even as Spirit-filled Christians, we never have a full grasp of the truth. Indeed, while Christianity tells us of our dignity and value as human beings, it also reminds us of our finitude, our lack of control, our limitations, even, or, perhaps, especially, with respect to our knowledge of the Creator. Most of us have been warned about “putting God in a box” but at one time or another every Christian likely tries to get the Creator in his or her power rather than submitting to the Creator.

So, as I review what I have seen so far in the few Church Fathers that I have inexhaustively explored, I keep in mind that as brilliant as these men, they too are limited. Indeed, they frequently admit their own limitations and errors. Remember, Augustine’s autobiographical work is entitled Confessions and later he wrote a work entitled Retractions. This historical observation leads me to my first comment about AiG’s use of the historical data.

I too am limited. While I have completed some Graduate level courses in Patrisitics, I am no expert in Patristics. I highly recommend the works of Lewis Ayres, D.H. Williams, Rowan Williams, and R.P.C. Hanson.

As I note in a previous post, the folks at AiG under the leadership of Ken Ham are consistently inconsistent with respect to how they use sources.  Borrowing from Carl Sagan’s “skeptics toolbox”, they count the hits and ignore the misses. AiG sees and gives credence only to those sources that seem to support their positions. They ignore or dismiss any sources that do not support their position.

I say “seem to support” because even these sources are usually not used very carefully unless of course they are from fellow “creation scientists”, a phrase that is beginning to sound to me more and more like Mary Baker Eddy’s “Christian science” which is neither “Christian” nor “science”.

That said, if AiG were simply claiming that many, and, perhaps, even most of the Church Fathers assumed that the earth, and, perhaps, the cosmos was less than 7,000 years old. I think they are correct. Yet, their claim goes beyond this simple claim. Their assertions suggest that most of the Church Fathers have interpreted Genesis 1-3 in the same way that the folks at AiG interpret Genesis 1-3. As I demonstrate in the previous posts, this assertion is patently false and easily refuted. At best, the way AiG interprets Genesis 1-3 can be traced back to some of the Reformers but more specifically to era of Francis Bacon. In its most current manifestation, Ken Ham himself indicates that the modern YEC movement was sparked by Henry Morris’s The Genesis Flood which was published in 1961.

If prior to Columbus’s voyage scholars argued over the size of the globe or were unaware of another massive continent, they are not responsible for not knowing what they could not yet know. Yet, if Columbus persisted in underestimating the size of the globe, then we would rightly question his sanity. If people continued to believe that the New World was India and drew their maps accordingly in light of reports and new discoveries, we would think they were delustional at best or untruthful at worst.

Nevertheless, in my reading thus far, I do think that AiG perpetuates two interpretive practices that can also be found in the Church Fathers that creates more problems than they solve.

These practices are harmonization and concordism.

Harmonization is, as the name suggests, the attempt to bring two accounts or stories into harmony. For instance, there have been attempts to harmonize the gospels or to harmonize Kings with Chronicles. This practice is not without its usefulness. For instance, it may make one aware that there are differences between accounts which one might not otherwise notice.

However, I think it is as much an interpretive error to assume that one must attempt to harmonize Genesis 1 with Genesis 2-3 as it would be to attempt to bring John 1, Colossians 1, Psalm 77, Job, etc. into chronological harmony with Genesis 1 or Genesis 2-3. I have come to think that these two creation accounts are doing two separate things which are theologically though not chronologically compatible. Indeed, apart from, “in the beginning”, I am doubtful that chronology was of primary concern to the author(s)/editor of these opening chapters of Genesis. Their concern is with who the God of Israel is and who people and in relation to the God of Israel and to this god’s cosmos.

In each of the Church Fathers, I have explored thus far the assumption that these two texts ought to be harmonized creates problems that then need to be resolved. Yet, there is very little consistency in how these problems are resolved. The problems are resolved according to other extra-biblical philosophical presuppositions and prior theological commitments. For instance, Origen move quickly to a “spiritual” or “allegorical” reading of the text because for him a literal reading leads to nonsensical meanings. In the face of these difficulties, in one work, Augustine turns to Aristotle’s “four causes” to explain the chronology, the efficient (invisible) creation (Genesis 1) precedes the material (visible) creation (Genesis 2).

Yet, in the Church Fathers, one sees an awareness and acknowledgment of the interpretative act that one does not see in the writings of AiG. Ken Ham et al. seem to think they are simply reading the text with no presuppositions apart from their belief that Genesis 1-11 is God-Eyewitness testimony to what we would normally refer to a primordial or prehistorical events. As Richard Beck recently quipped, “A fundamentalist is a person who thinks he doesn’t have a hermeneutic.”

I contend that the assumption that we ought to harmonize Genesis 1 with Genesis 2-3 is a fundamental error.

To anyone who understands the nature of scientific discovery, the problem with concordism should be obvious. Science is never complete. New and better theories arise as more information becomes available. So, if we argue with Newton that the Bible agrees (or concords) with the science of his day, then we are ipso facto arguing that is not in agreement with twenty-first century science. The Bible’s science is as outdated as Newton. In truth, the Bible’s science is and ought to be more outdated than Newton’s.

I and, dare I say most, biblical scholars, including many evangelicals, would want to say the Bible does not agree with Newtonian science. Rather, the Bible agrees with the science of the day in which its various parts were written. So, I do not expect Genesis 1 to be in concord with Einstein’s theory of relativity or to foreshadow an expanding universe (a theory that Einstein himself rejected at first blush) nor do I expect Genesis 2 to indicate that human beings had the perfect genome and that’s why Cain can engage in incest as Ken Ham does. I do not expect to find a spherical earth anywhere in Scripture nor do I expect references to bacteria or ovaries, these were not available to them.

In a recent twitter exchange, an evangelistic agnostic said something to the effect that he would believe the Bible, if it accurately predicted the existence of Australia. I asked him why he would expect it to. If the Bible made mention of Australia, then I would suspect it was a very late forgery rather than a divinely inspired text. Yet, this critic is mirroring back what he has heard from many Christians. His unintended analogy is apt. I know more expect Isaiah to be making a reference to the United States or China, than I expect Genesis 1 to be making a reference to the Big Bang, evolutionary theory, photosynthesis, heliocentrism, the role of bacteria in causing illness, DNA, etc.

Moreover, even if the authors had accesss to the information that we have, I suspect they would make little to no reference to it anyway for they are interested in who the Creator is and who we are in relation to this God. These author(s)/editors were properly interested in our ultimate origins and only passingly interested at best in our proximate origins. In terms that Augustine might employ, they seem more  interested in our efficient and final cause, than in our formal and material causes. Pace Augustine.

In conclusion, I offer a final thought on Ken Ham’s consistently inconsistent hermeneutic. Another big difference between Ken Ham’s approach and the approach of the Church Father’s is that they seek to harmonize the Scriptures with natural philosophy (the science of the day), secular or ecclesiastical, where as Ken Ham regularly dismisses the  science of the day (at least when it cannot be manipulated in his favour). As Augustine warned, such practices make the Bible appear ridiculous which in turns makes anything Christians say hard to swallow. 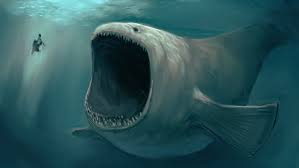