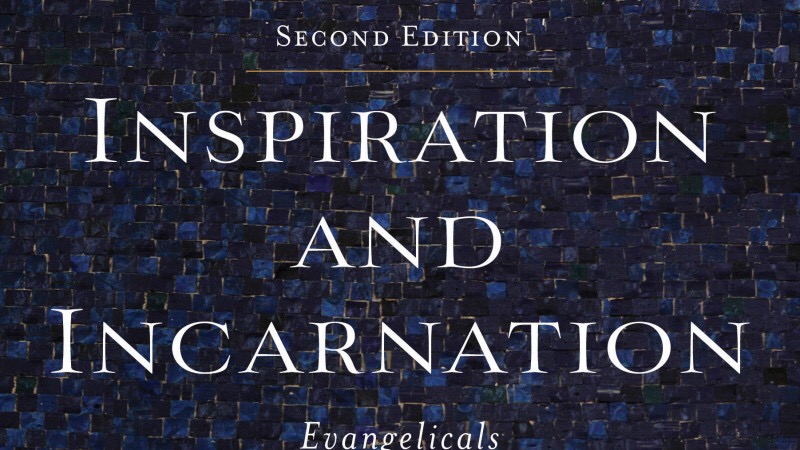 In this chapter on theological diversity in the Old Testament, Peter Enns offers an engaging and helpful introduction to what most biblical scholars Christian and non-Christian have come to recognize as simply being the nature of the Old Testament. Moreover, for many of us with strong commitments to the authority of Scripture, the recognition of theological diversity in the OT has not only enriched our understading of the Scriptures themselves but of the God who inspired them including what it might mean to be creatively inspired by the Creator.  There are three key aspects to Enns chapter on diversity in the OT.

In some ways, for Christians the first is easier to understand and accept. People can recognize the difference between poetry and narrative prose. Nevertheless, for many Christians, questions about how to interpret and “apply” those texts can become difficult and people often default to a flattening of the text. For instance, some people treat a proverb like a law, promise, or contract with God. Some interpreters privilege history and thus interpret apocalyptic images as history written in advance. I commend Enns for not shying away from the the difficulty of explaining these sometimes difficult concepts and for being willing to take the heat for writing about these problems in an accesible style.

If you watch Gladiator, Enigma, or Saving Private Ryan according to the genre of documentary, then you will be frustrated by the presentation of historical details at some point. If you think every cartoon is meant for children, you are going get a rude awakening if you sit down to watch South Park with your 9 year old. Likewise, if you read Jonah and Revelation the same way you read 1 & 2 Samuel, you will also find yourself confused and frustrated. Why doesn’t Kings mention the repentance of Nineveh? That’s big news. Why hasn’t Jeremy Wade caught Jonah’s big fish? Maybe season 7 of River Monsters? Or maybe because that’s not the point of Jonah. (Now, I am probably making someone nervous. Oops.)

The second and third element seems to make Christians even more nervous. If God is unchanging, then how can their be development of thought in “God’s word”? If God has truly spoken, then how could their be argument and disagreement in the Bible?

These are good questions. Enns uses the analogy of the incarnation to help his readers understand. Incidentally, J.I. Packer employed the same analogy when addressing Southern Baptists and their misunderstanding of “inerrancy.”

As Enns states, his “aim in this chapter is to outline some examples of diversity in the Old Testament in order to demonstrate that diversity is inherent to the text and not imposed onto the Bible from outside attacks on its unity. Further, any evangelical view of Scripture must take this diversity into account, since it is an important part of Scripture’s own dynamic. It is not simply a question of acknowledging diversity and then setting it aside at a safe distance. Rather, it is to ask what such diversity tells us about what the Bible is and who God is — a God who has given us Scripture that looks like this.” (73)

As Enns notes, these contradictions and disagreements are at the heart of Rabbinic exegesis and the goal of the Rabbis is not to flatten the text with a nice neat harmonizing solution but to continue the dialogue and have fun doing it. It seems that God and the authors of Scripture love to play with words and the Rabbis understand this feature of the text in a way that translation committees do not. (Of course, it is difficult to translate puns from one language to another.)
For instance, Ezra-Nehemiah seem to take a different approach to the question of how returning exiles should relate to foreigner than the authors of Jonah and Ruth. I use this example in my class to show an unresolved tension in the Old Testament. I will have one side of the class argue for the E-N side and one argue for the Ruth/Jonah side. I then suggest that for Christians Jesus, Luke and Paul clearly agree with Jonah and Ruth as the way forward in the Kingdom of God.

Of course, understanding this point means accepting all three elements. These books are written in different genres, the authors have different ideas that come out of their different experiences. Nevertheless, they are grounding their ideas in what they know of the God who brouugh Israel out of Egypt.

To be honest, having read and heard some reactions to Enns’s writings, I keep expecting to find something in his writings so “radical” or something so blatantly “liberal” that undermines that integrity of the text that will get my ire up. I’m still waiting.

From the subtitle of the book and its opening lines, it is obvious to me that Enns is addressing the Evangelical community from one who considers himself on the inside of that community. Moreover, in my opinion, his style is conversational and not condescending. I have heard lectures and read books that mock “Sunday School” understanding. This book is not one of those books. Of course, I think Enns’s humor is similar to mine so I understand how the occasional injection of sarcasm and irony can misinterpreted as antagonistic.

Of course, I have found particular points where I disagree with him but these are moments for further dialogue. I expect I will find some in the next chapter on the New Testament’s Use of the Old but we shall see.

Not having grown up in the Church, I am not sure how I so quickly imbibed certain presuppositions about the nature of God and what Scripture must be like, if we are to consider it inspired and truthful. However, I do recall a few key moments when those presuppositions were brought to my conscious attention by information that challenged my assumptions about the nature of the Bible. For instance, in my first semester at Regent College during Old Testament Survey, the professor, Elmer Dyck, said something about Job not being an historical figure. This prompted me to have conversations with some of my new friends over lunch. At the time, I could not see how the Bible could be telling the truth without everything in the Bible having an historical referent.

At first, I was on the defensive but at the same time I was surrounded by good conversation partners and I continued my pursuit of a degree in Old Testament studies. Over time, I went through what John Walton helpfully refers to as “genre recalibration.” I became more attuned to the ways in which Israelite authors indicate various genres. Is this history? Is this poetry? Is this a philosophical dialogue? Is this lament? Is it praise? Is this apocalyptic imagery? Is this (dare I say it) myth or playing with mythical themes?

In this chapter on Theological Diversity and in this book as a whole, Enns walks the reader through much of the key material that many of us who attend seminary or Biblical studies are confronted with. It is an incredibly helpful book that if read thoughtfully will lead its readers to a richer understanding of the Bible and to richer theological conversation, in general.