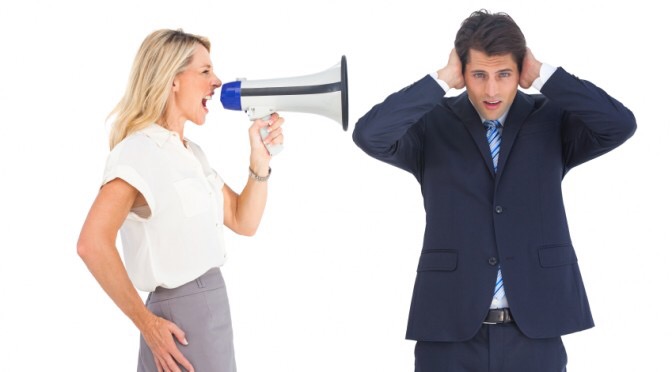 In this series of posts, I am noting the shared presuppositions of most Young Earthers (YECs) and a particular though common subset of atheists which I am referring to as evangelistic atheists. Evangelistic atheists (EAs) are those who think atheism and atheistic reasoning are “good news” and that as they spread this good news theism (superstition) will decline and the world will become a better place through scientific discovery.

In the west and for obvious reasons, the primary target of evangelistic atheism’s polemical rhetoric is aimed at Christians. In my experience which includes reading, conversation, on-line interaction (i.e. not usually conversational), being a student in anti-Christian contexts, and my own youth which included an element of anti-Christian skeptical agnosticism most evangelistic atheists seem to assume and, indeed, insist that true Christianity is Protestant Fundamentalist Christianity.

I am likely stretching my analogy of the Unhappy Marriage to the breaking point but who cares its a blog.

With the assumption that Fundamentalist Christianity is the truest expression of Christianity comes the related prejudice that assumes the Fundametalist interpretation of Scripture with its commitment to strict biblical literalism and a particular understanding of biblical “inerrancy” is the only way the Bible ought to read.

Ironically, these self-proclaimed skeptics are so entrenched in this assumption about biblical literalism that even if I as a Christian say I don’t read the Bible this way and point them to many other orthodox Christians ancient and contemporary who do not read the Bible in the way Christian Fundamentalists do, they will tell me that I am wrong and misreading my own Scriptures. In other words, they are just as committed to biblical literalism as their debate partner.*

I noted this assumption in an earlier post. Both EAs and YECs see Christians who read the Bible in other ways as “compromised Christians”. To the YECs, I, and others like me (which by the way is the vast majority of  Christians past and present)**, have been seduced by worldly thinking and are on a slippery slope to denying God’s authority. To the EAs, I, and others like me, are taking slow steps toward enlightenment but are too entrenched in our superstitions and traditions to be honest with ourselves.

They are like a married couple hanging a picture in a house with a bad foundation. The one hangs the picture so that it is parallel with respect to the floor and the ceiling. The other comes home and gets out the level. They adjust the photo back and forth and get into a heated argument.

A concerned neighbor comes over. Seeing the situation and having noticed from outside the true source of the problem, he suggests that the he knows a guy who can repair their foundation. The couple turns on the neighbor. “How dare you suggest there is something wrong with our house?” And they happily return to their argument.

So, what can be done?

I am still hopeful that amongst those who passionately defend and preach Atheism or YECism there are some who are genuinely interested in seeking the truth and thus are open to actual dialogue.

Anyone who has had any experience with marital or pre-marital counselling will verly likely have learned something about mirroring which amounts to repeating back to your conversation partner what you heard and, perhaps, adding something about how it makes you feel. This practice gives your conversation partner an opportunity to affirm that you have heard and understood their intent and meaning. Or clarify their intent and meaning while at the same time gaining new understanding about your perception and feelings.

We often unwittingly project our expectations based on our prejudices and past experiences onto individuals. Again, we will never fully overcome this habit nor do we need to. In most situations, these habits are unproblematic and help us to function in the world. Nevertheless, in some situations, especially where it leads to conflict, argument, and acrimony, it is worth taking a step back and seeing where things went wrong. Is someone being misunderstood? Is someone feeling threatened or manipulated?

“When are you going to mow the lawn?”

“What I hear you saying is that I am a lazy man who never does his chores and it makes me feel angry and undervalued.”

“Wow, okay. I was only asking because I need to go grocery shopping and I wanted to time it so you could be inside the house with the baby.”

So, how is that when I, a born-again, evangelical Christian with a a degree in biblical studies from an evangelical Graduate school and graduate work in Christian Theology, tell an atheist that I do not think Genesis 1-3 has anything to say about the proximate origins of living beings and that I am increasingly convinced by evolutionary theory (as far as I understand it), I am told that I must read Genesis 1-3 as an historical description of the sudden appearance of creatures and that I am really wanting Creationism taught alongside Evolution in the biology classroom?

How is that an atheist knows more about what I do and ought to believe than I do?

How is that when I direct an EA to the book The Langugage of God by Francis Collins, the head of the Human Genome project, as an example of a professing Christian who does good science, I am met with the equal and opposite reaction that I get from YECs? (See Bill Maher’s interaction with Francis Collins in his propangandisitic documentary Religulous.)

When you say Bible, I hear YECism, irrationalism, superstition, rejection of scientific discovery, and I feel like the Spanish Inquisition has just entered the room. 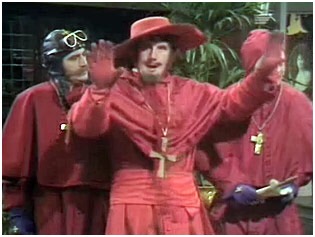 Wow. Okay. I am not a North American Fundamentalist like your parents or last girlfriend. Neither are the majority of Christians. When you say that, I feel misunderstood. Also,  I am not Spanish Catholic from the late Middle Ages. I am Canadian. I will be sickenly polite throughout or whole conversation. Can I get you a Comfy Chair?

*Of course, Christians have a history of doing this to Jews when we tell them that they ought to read the Tanakh in light of Christ and then offer rather poor interpretations of the prophets that would have confused the Apostles.

**It is worth noting that for Ken Ham and Answers in Genesis even the original authors of The Fundamentals are “compromised Christians” because they did not clearly reject the theory of Evolution.

One thought on “An Unhappy Marriage III: Don’t Tell Me What I Think (or the Art of Listening)”